Snow geese and the moon

New Year’s Day was a stellar opposite, weather-wise, from New Year’s Eve. Dry, partly cloudy skies vs. fog. Over the winter, snow geese migrate in and eat among crop stubble for a couple of months. 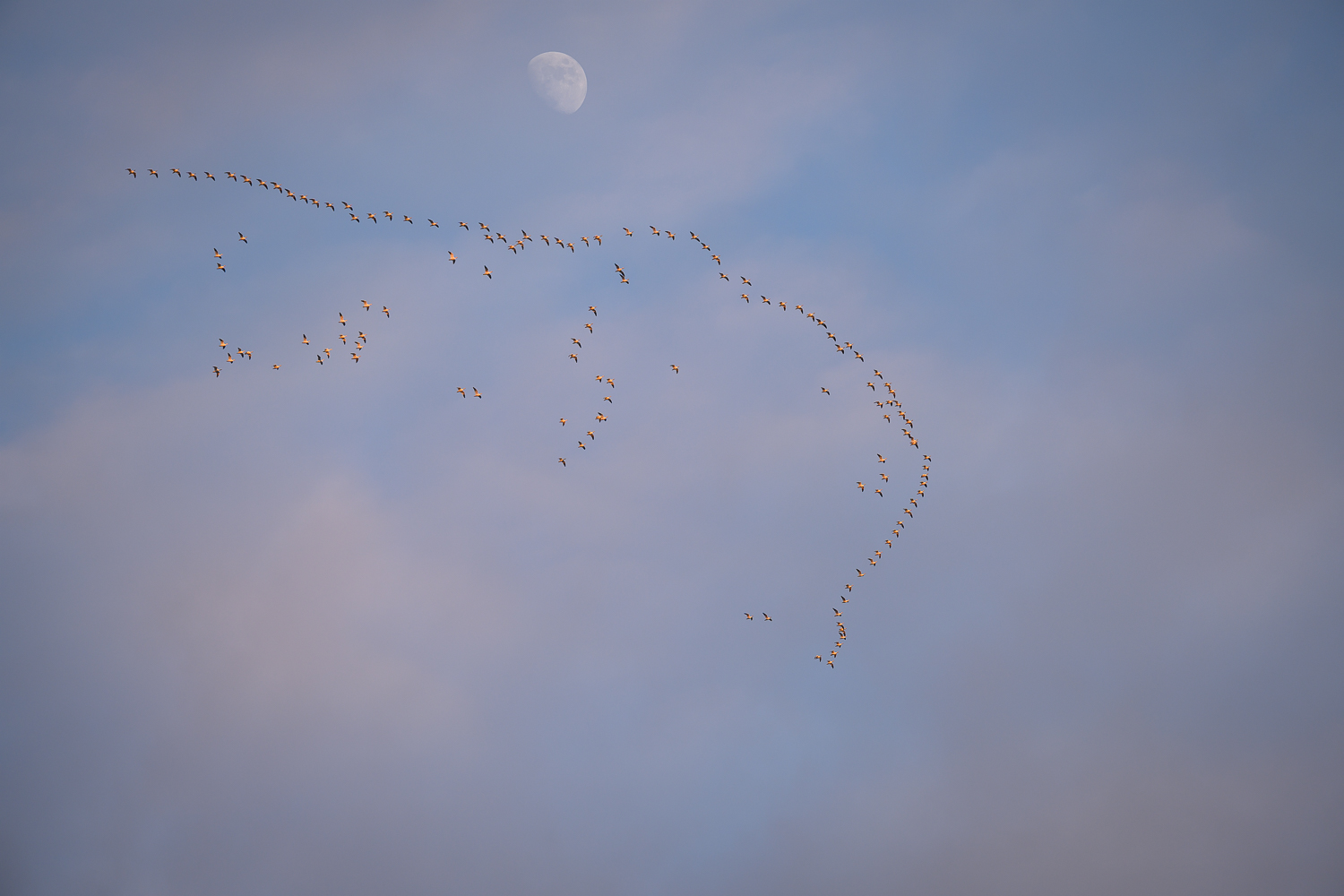 Around sunset, various groups of snow geese fly over our hill. There are corn fields elsewhere on the hill they might frequent, but they’re also crossing over from New Jersey, and flying between fields in the small valleys. 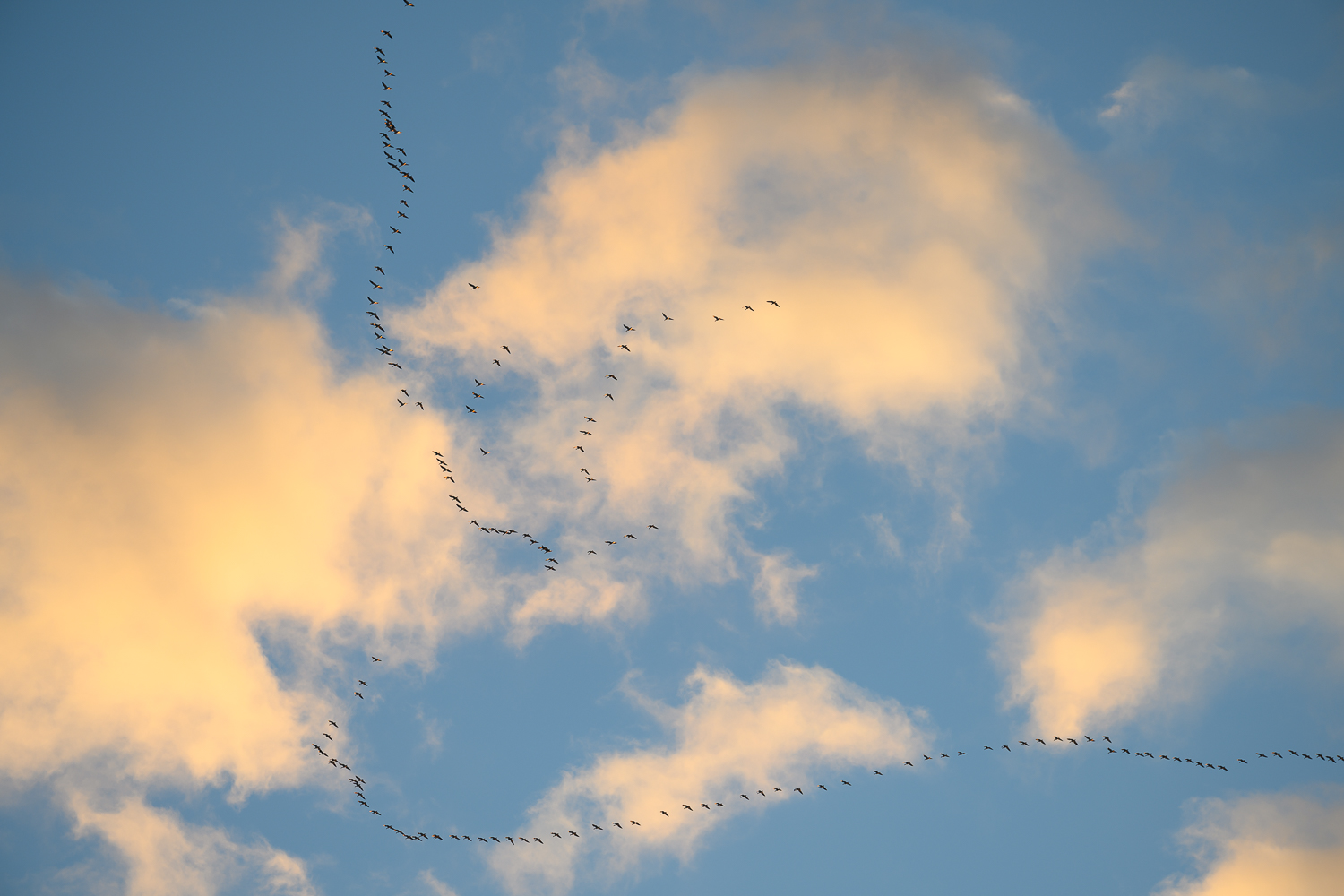 Snow geese individually fly well, but are substantially less well organized as a group than Canada geese. Canada geese have the very formal Flying Vs and, at least as I’ve seen, fly in far smaller groupings than snow geese do. Snow geese formations bend and fold frequently. They’ll change direction, sometimes circling our hill or flying opposed to a second grouping, then ending up in a conflicting, fowl mess.

But, the great thing about seeing snow geese flying are their bright white bodies set against jet black wing tips. Catch them at the right angle with low angle sun, and they’ll all appear to flash in the sky overhead.